Mark Cuban is worth more than $2 billion dollars. He owns the Dallas Mavericks, Magnolia Pictures and Landmark Theaters while also starring in ABC’s “Shark Tank”. His first company, MicroSolutions, sold for $6 million and his next sold for $5.7 billion.

Mark Cuban is a guy you want to listen to when it comes to success. Here are three secrets of success he discussed on the Queen Latifah show.

Work like there is someone working 24 hours a day to take it away from you.

Cause they are, right? We have the sense when we go to work that we’re irreplaceable right. I do a great job, my boss told me I do a good job, people tell me I do a good job, and we forget that there’s a lot of people out there who don’t have jobs who are looking to get your job and so we tend to just get so caught up in ourselves and not think about the reality aroud us, that’s when you’re working for somebody. When it’s your business, when it’s your company, there’s always someone trying to kick your ass.

Doesn’t matter if the glass is half-empty or half-full, all that matters is that you’re the one pouring the water.

Everybody looks at situations and says “oh is that a good thing, is that a bad thing” but what it’s really about is, “are you taking control, are you trying to control your own destiny, are you prepared. Is it half full, is it half empty? It doesn’t matter. You’re pouring the water.

People doing something the way it’s always been done… that’s just a big red flag to me.

Cause it’s not original. Henry Ford used to say, “If I asked my customers what they wanted they would have asked for faster horses.” And it’s true, we just know what we know and when you see people just doing what they know over and over again, all you gotta do is ask yourself, what would I do differently?

“It doesn’t matter how many times you fail. It doesn’t matter how many times you almost get it right. No one is going to know or care about your failures, and neither should you. All you have to do is learn from them and those around you. All that matters in business is that you get it right once. Then everyone can tell you how lucky you are.” – Mark Cuban 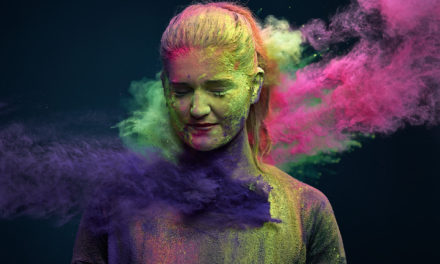 You’ll Love What This Girl Gets Caught Doing.