The Kakapo is the world’s biggest parrot. They’re flightless, nocturnal and have an average life expectancy of 90 years. There are only 125 left in the world.

New Zealand is full of flightless birds because they evolved without natural predators; which led to them not needing the ability to fly, mainly because flying requires a lot of energy and they had nothing to fly away from. Their only predator was a giant eagle which became extinct long ago.

In the breeding season, the male kākāpō can inflate like a balloon and emit a low ‘sonic’ boom which, in mountainous terrain, can be heard from more than three miles away.

Breeding activity starts in about December, when male kākāpō move to ridges, rocks or hilltops with low-growing vegetation and begin a courtship competition for female attention. This is known as ‘lek’ breeding, and is no other parrot species in the world does it.

From its prominent bowl site, each bird inflates a thoracic air sac and emits a deep resonant non-directional ‘boom’ from its swollen body, announcing to females in the area that he is ready to mate. After 20-30 booms they then make a high-pitched metallic call, or ‘ching’. This pinpoints the male’s position, which directs females to him. The booming and chinging can last for eight hours without break, every night for 2-3 months in the breeding seasons.

The males compete against each other and can release thousands of ‘booms’ a night. 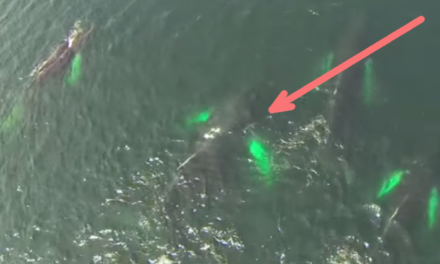 Learn a New Language for Free With This.