GLOWSTICK BLOWS UP IN FACE.

The guy in the video is named Jack. He heard that glow sticks shine brighter if you put them in the microwave, so he tried it. Bad idea, Jack. As you can see from the video the glow stick DID get brighter, but it also exploded in Jack’s eyes and face. Lesson Learned? Don’t microwave glow sticks. Also, don’t piss off this guy’s dad.
Here’s what Jack’s older brother had to say about the incident on Youtube:
Jack (my little brother) heard that microwaving glow sticks made them glow brighter so decided to try it for himself. His first experiment went so well that he decided to film it so he could send it to his girlfriend. It did not go as well the second time around! And my dad’s reaction in the video is PRICELESS!

As Jack’s older brother I couldn’t pass up the opportunity to show the world what my family already knows extremely well: Whenever Jack decides to do something, it almost never goes as planned!

This was filmed at my parents’ house in Mason, Ohio the day before Halloween this year, and unfortunately for Jack, is 100% real.

And yes, Jack is fine and his eyes still work. But more importantly the beautiful, awesome shirt is alive and well too! I still can’t believe how popular this is getting! Thanks everyone! 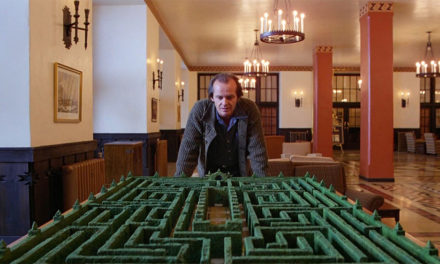 These 22 Pictures Make Absolutely No Sense.