Shawn Carter, best known as his stage name JAY Z, is an American rapper, businessman, and investor. In 2014, Forbes estimated his net worth at nearly $520 million, making him one of the richest hip hop artists in the U.S. Here are ten of his best motivational quotes. 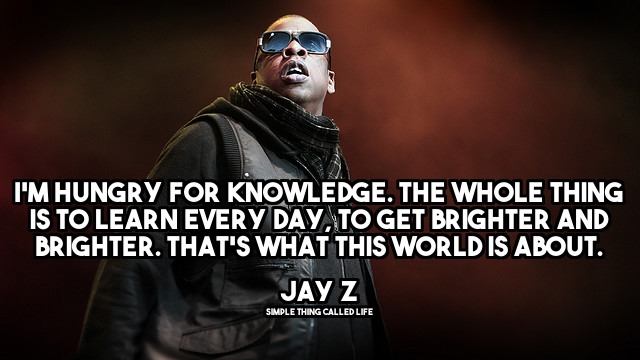 “I’m hungry for knowledge. The whole thing is to learn every day, to get brighter and brighter. That’s what this world is about. You look at someone like Gandhi, and he glowed. Martin Luther King glowed. Muhammad Ali glows.

I think that’s from being bright all the time, and trying to be brighter. That’s what you should be doing your whole time on the planet. Then you feel like, ‘My life is worth everything. And yours is too.’ ” Source

“I’ve never looked at myself and said that I need to be a certain way to be around a certain sort of people,” he explains. “I’ve always wanted to stay true to myself, and I’ve managed to do that. People have to accept that.

I collect art, and I drink wine… things that I like that I had never been exposed to. But I never said, ‘I’m going to buy art to impress this crowd.’ That’s just ridiculous to me. I don’t live my life like that, because how could you be happy with yourself?” Source

4) Be True To Yourself

“My brands are an extension of me. They’re close to me. It’s not like running GM, where there’s no emotional attachment. My thing is related to who I am as a person.

“I’m a mirror. If you’re cool with me, I’m cool with you, and the exchange starts. What you see is what you reflect. If you don’t like what you see, then you’ve done something. If I’m standoffish, that’s because you are.” Source 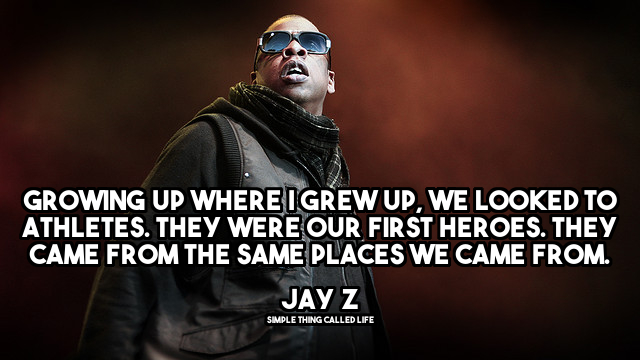 “Growing up where I grew up, we looked to athletes. They were our first heroes. They came from the same places we came from. I mean, you can’t watch TV and see someone who is successful that you can really relate to. That person isn’t real, he doesn’t exist. But athletes traveled the world, had these big houses, and gave their families a better life.

We were like, ‘Wow, that’s really cool.’ These guys get paid millions of dollars to play the game they love.” Source 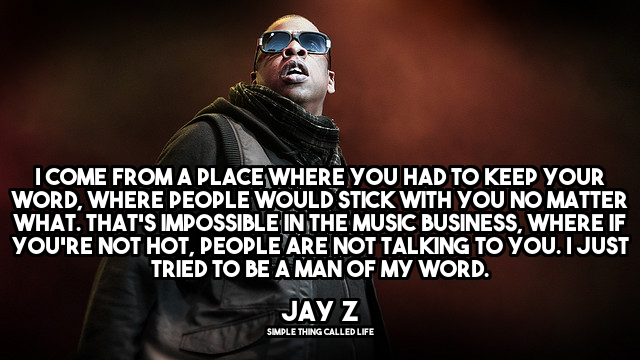 “I come from a world that’s completely different from the music industry, and it wasn’t recognizable to me at all. I come from a place where you had to keep your word, where people would stick with you no matter what. That’s impossible in the music business, where if you’re not hot, people are not talking to you. I just tried to be a man of my word.” Source 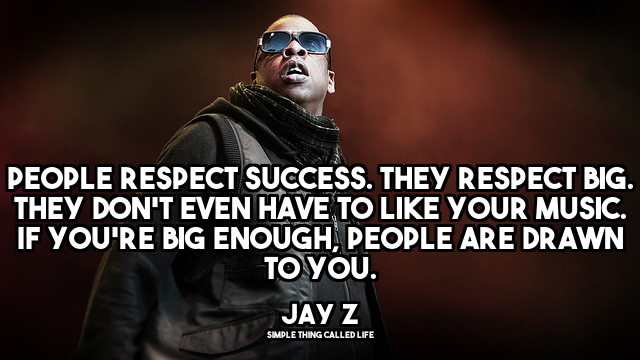 “I noticed that difference early on, like if you were successful in rock ‘n’ roll, that was a really bad thing, you almost had to hide it. You had these guys selling 200 million records with dirty T-shirts on. I was like, ‘Come on, man. Come on. We know you’re successful.’

Hip-hop is more about attaining wealth. People respect success. They respect big. They don’t even have to like your music. If you’re big enough, people are drawn to you.” Source

Any discussion of credibility, or keeping it real, elicits a response of disbelief from him. “That’s an insecure emotion,” he explains. “You make your first album, you make some money, and you feel like you still have to show face, like ‘I still go to the projects.’ I’m like, why?

Your job is to inspire people from your neighborhood to get out. You grew up there. What makes you think it’s so cool?” Source 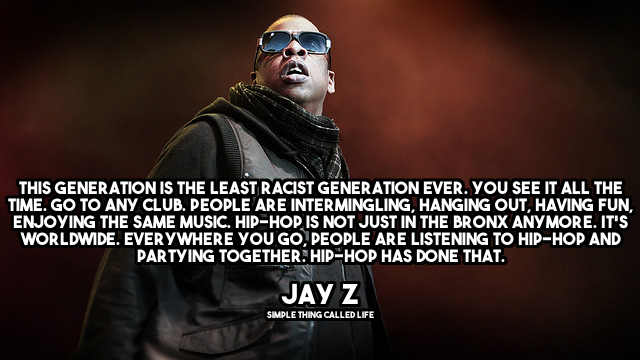 “Hip-hop has done so much for racial relations, and I don’t think it’s given the proper credit. It has changed America immensely. I’m going to make a very bold statement: Hip-hop has done more than any leader, politician, or anyone to improve race relations.

I’ll explain why I say that. Racism is taught in the home. We agree on that? Well, it’s very hard to teach racism to a teenager who’s listening to rap music and who idolizes, say, Snoop Dogg. It’s hard to say, ‘That guy is less than you.’ The kid is like, ‘I like that guy, he’s cool. How is he less than me?’

That’s why this generation is the least racist generation ever. You see it all the time. Go to any club. People are intermingling, hanging out, having fun, enjoying the same music. Hip-hop is not just in the Bronx anymore. It’s worldwide. Everywhere you go, people are listening to hip-hop and partying together. Hip-hop has done that.” Source