Elon Musk grew up in South Africa, went to college at the Wharton School of Business and then moved to California and started a company, sold it for a couple million, then founded Paypal which he later sold to Ebay for $1.5 billion dollars.

Musk then went on to become the CEO of Tesla Motors and Space X, where he’s currently pushing the boundaries of human travel and space exploration. It’s quite clear that Elon Musk knows what it takes to become successful, and in his commencement speech at USC in 2014 he highlighted five points that he feels contribute to success. 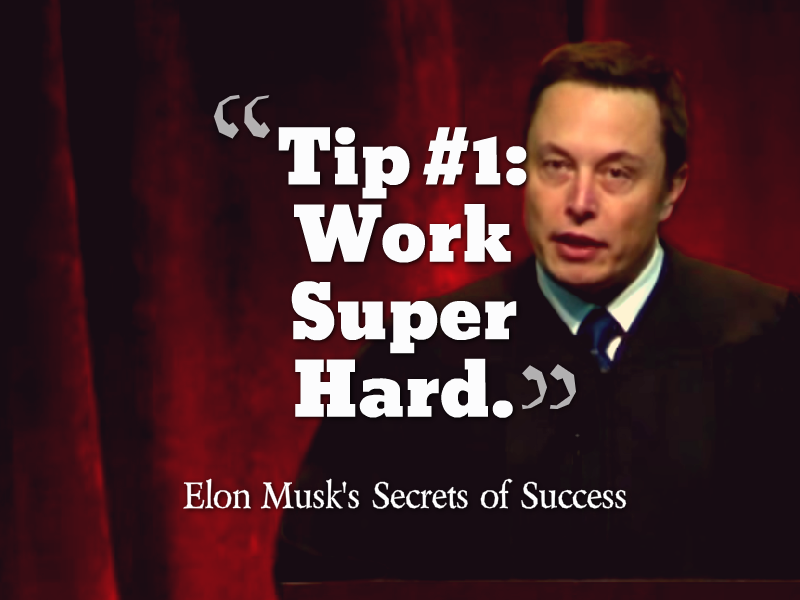 “I think the first is you need to work, depending upon how well you want to do and particularly if you’re starting a company, you need to work super hard. So what does super hard mean? Well when my brother and I were starting our first company instead of getting an apartment we just rented a small office and we slept on the couch. We showered at the YMCA, and we were so hard up we had just one computer so the website was up during the day and I was coding at night; Seven days a week, all the time.

I so briefly had a girlfriend during that period and in order to be with me she had to sleep in the office, so work hard, like, every waking hour. That’s the thing I would say, particularly if you’re starting a company. And if you do the simple math, say that someone else is working 50 hours and you’re working 100, you’ll get twice as much done in the course of a year as the other company.” – Elon Musk 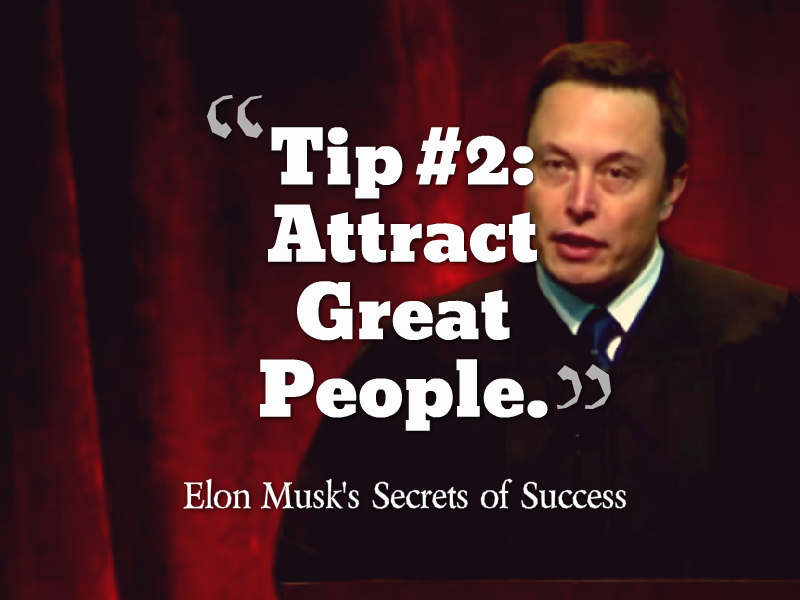 All a company is, is a group of people that are gathered together to create a product or service. So depending upon how talented and hardworking that group is, and the degree to which they’re focused cohesively in a good direction, that will determine the success of the company. So do everything you can to gather great people if you’re creating a company.” – Elon Musk

Tip #3: Focus Solely on the Product or Service. 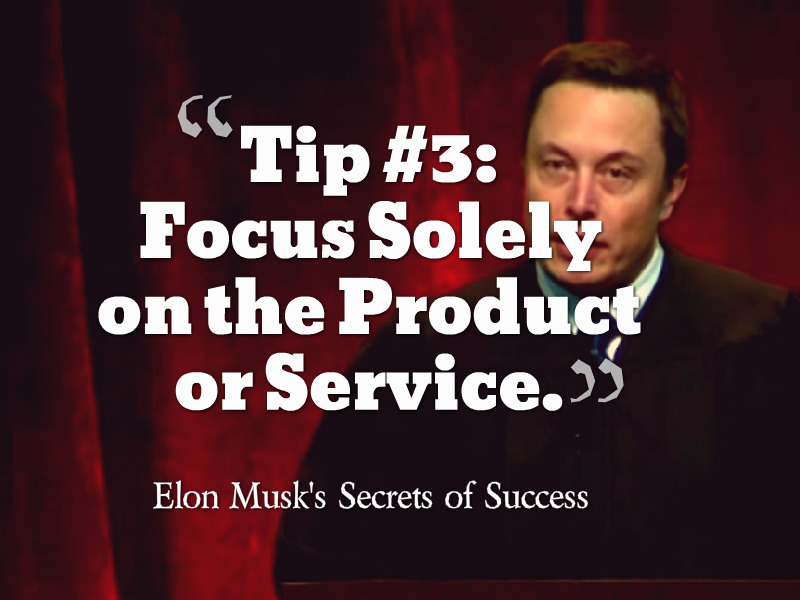 “Then i’d say focus on signal over noise. A lot of companies get confused, they spend money on things that don’t actually make the product better.

So for example, at Tesla we’ve never spent any money on advertising. We put all the money into R+D, and manufacturing and design to try to make the car as good as possible. And I think that’s the way to go.

For any given company just keep thinking ‘are the efforts that people are expending resulting in a better product or service?’ If they’re not – stop those efforts.” – Elon Musk 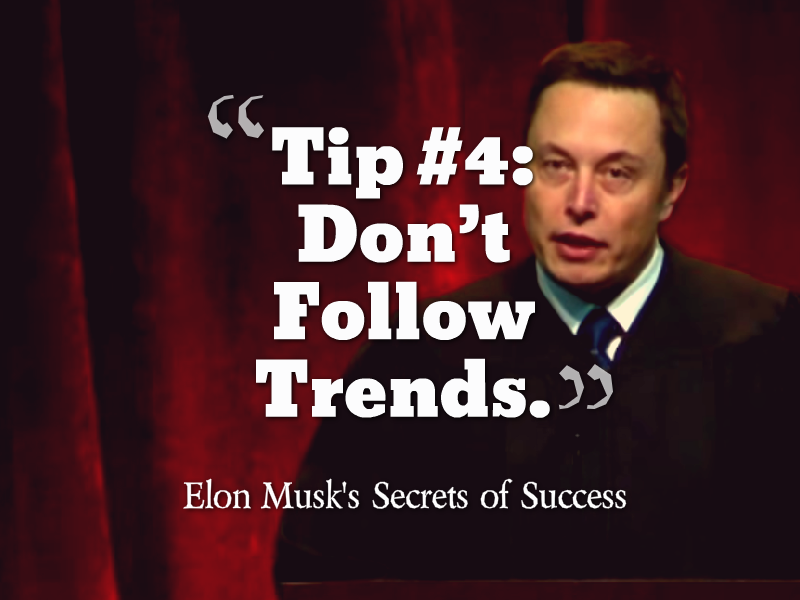 “Don’t just follow the trends. You may have heard me say that it’s good to think in terms of the physics approach of first principles. Which is, rather than reasoning by analogy, you boil things down to the most fundamental truths you can imagine and you reason up from there.

This is a good way to figure out if something really makes sense or if it’s just what everybody else is doing. And its hard to think that way, we can’t think that way about everything, it takes a lot of effort, but if you’re trying to do something new, it’s the best way to think. And that framework was developed by physicists to figure out counterintuitive things like quantum mechanics, so its really a powerful, powerful method.” – Elon Musk 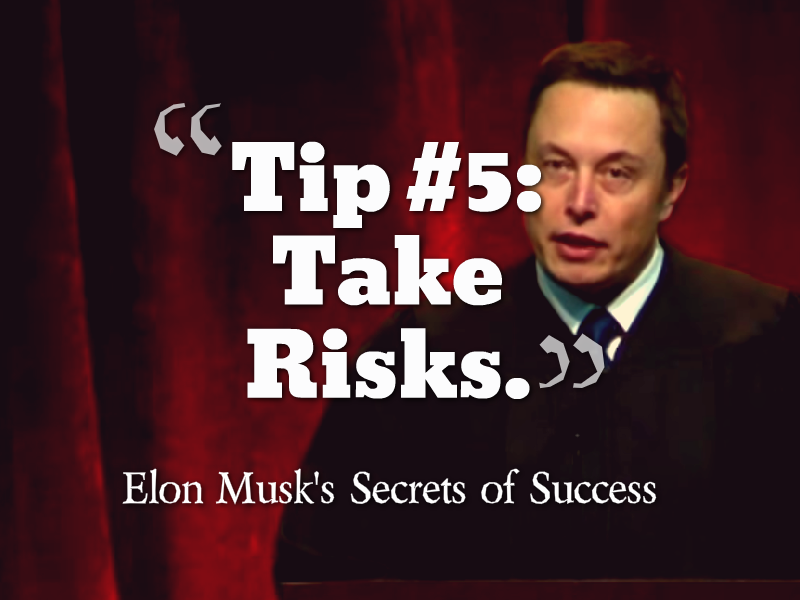 “Then the final thing I think I would encourage you to do is, now is the time to take risks. You don’t have kids, and your obligations are limited, but as you get older your obligations increase. Once you have a family you start taking risks not just for yourself but for your family as well. It gets much harder to do things that might not work out.

So now is the time to do that, before you have those obligations. So I would encourage you to take risks now, to do something bold, you won’t regret it.” – Elon Musk 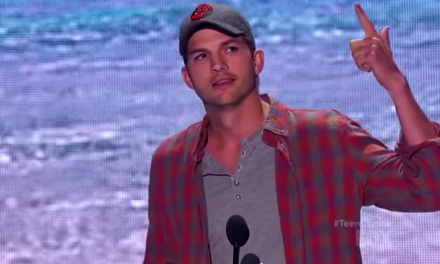 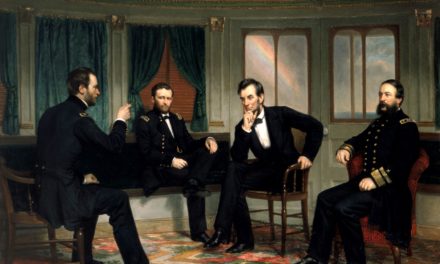 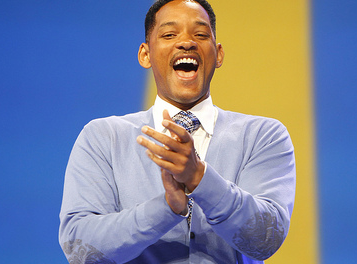 8 Secrets of Success From Will Smith