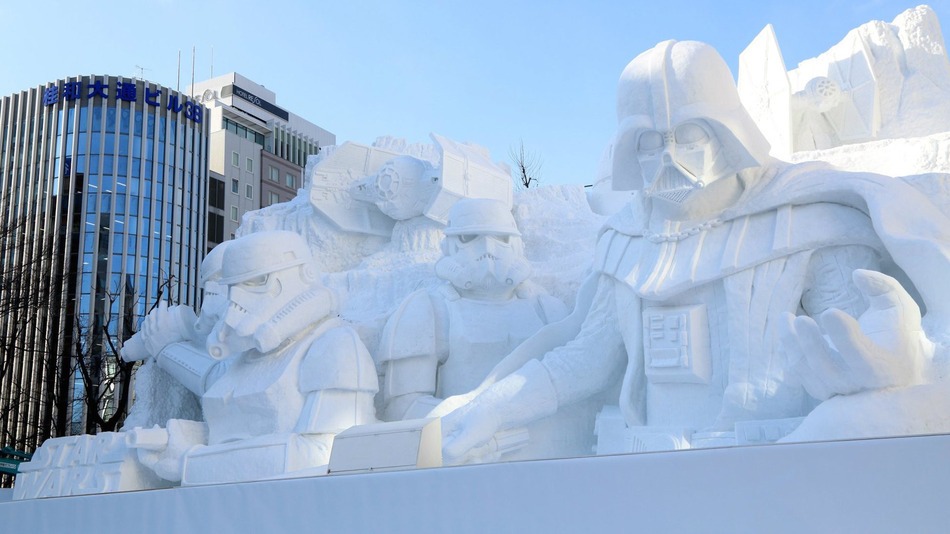 Most people complain about too much snow, but the Japanese army decided to do something about it. The snowfall in the area provided opportunity to create a giant sculpture for the Sapporo Snow Festival, and the Japanese Army apparently loves Star Wars.

The stunt was approved by Lucasfilm to promote the next installment in the series, Star Wars: The Force Awakens.

This ‘Snow Star Wars Sculpture’ took about a month to create and is one of many snow masterpieces at the festival, which attracts more than two million visitors each year. 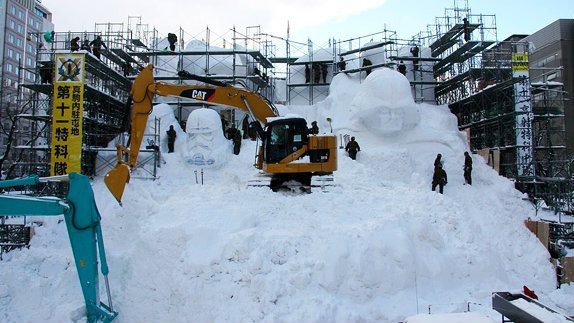 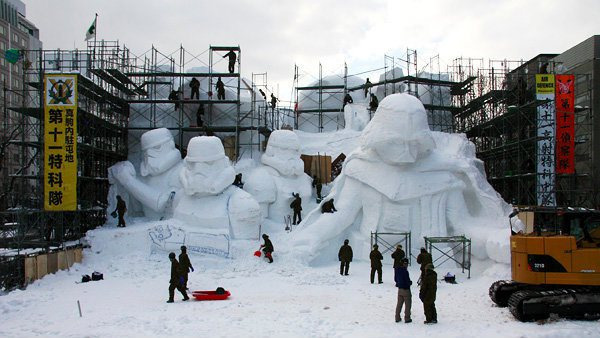 In A Galaxy Far, Far Away. 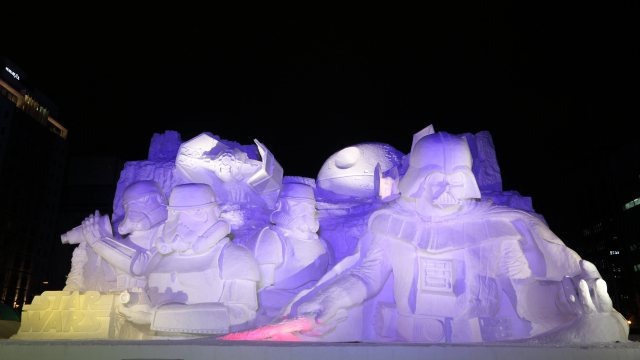 The Force is definitely strong with these guys. The 11th Brigade of the Japan Ground Self-Defense Force may one day be promoted to stormtrooper.