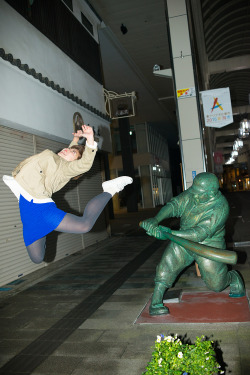 The Dokaben manga started in 1972, and the franchise continues today. The main characters name is Yamad, and he’s often shown crushing home runs, but in this series he’s crushing Japanese girls.

Dokaben is so popular in Japan that Yamad has been immortalized as a bronze statue, as seen in the pictures below. Some Japanese women decided it would be hilarious to make it look like the statue was spanking them with its baseball bat, and “Butt Bat Girls” was born. 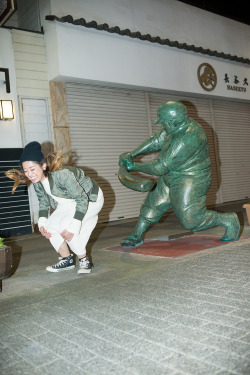 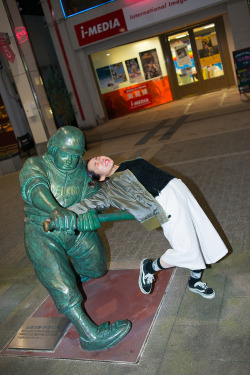 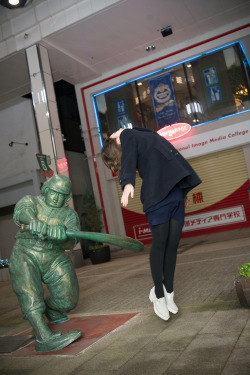 If you want to be spanked by a statue in Japan, just visit the Shinji Mizushima Manga Character Street in Niigata’s Furumachi neighborhood. Check out the full series, here!

Avoid Using the Word Very, Because It’s Lazy. Use These Words Instead 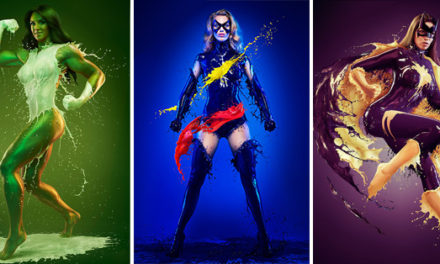 Sexy Liquid Superheroes To Hang On Your Wall. 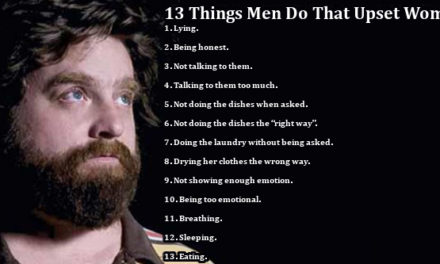 13 Things Men Do That Upset Women