1. He was friends with Koko the Gorilla.

Koko was one of those “children” who watched Mister Rogers regularly on TV, and was a great admirer of Fred Rogers. (Source)

In a 1998 interview with Esquire, Mr. Rogers told the story of meeting Koko the Gorilla. When he walked into the room, Koko immediately recognized Rogers and gave him a hug before proceeding to help him do what she had seen him do at the beginning of every episode of his TV show – take off his shoes.

“Koko watches Mister Rogers’ Neighborhood, and when Mister Rogers, in his sweater and sneakers, entered the place where she lives, Koko immediately folded him in her long, black arms, as though he were a child, and then … “She took my shoes off, Tom,” Mister Rogers said. [Esquire, November 1998] 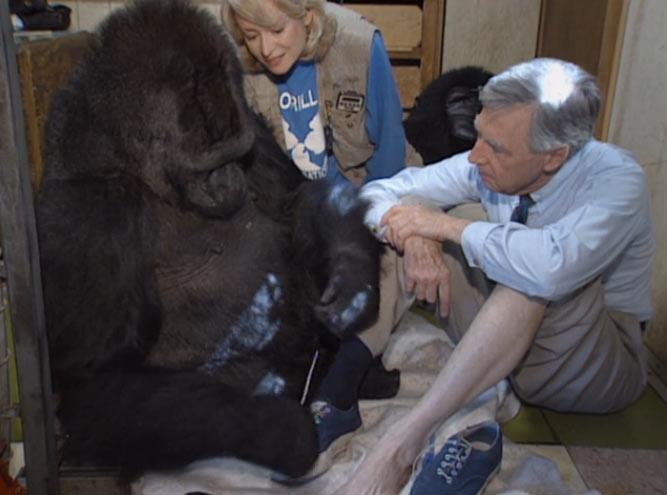 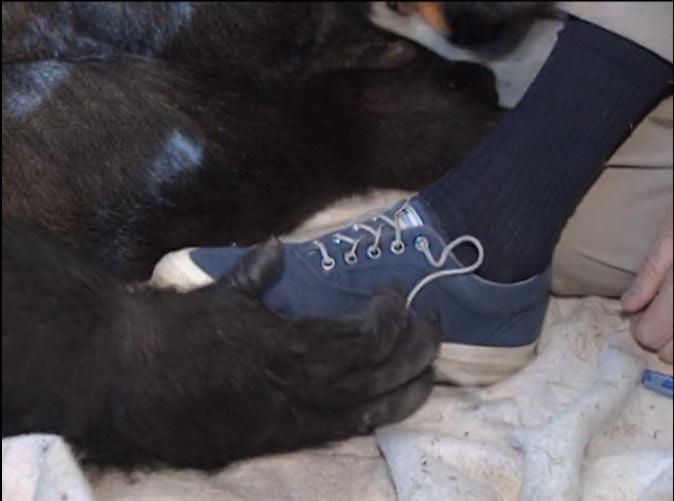 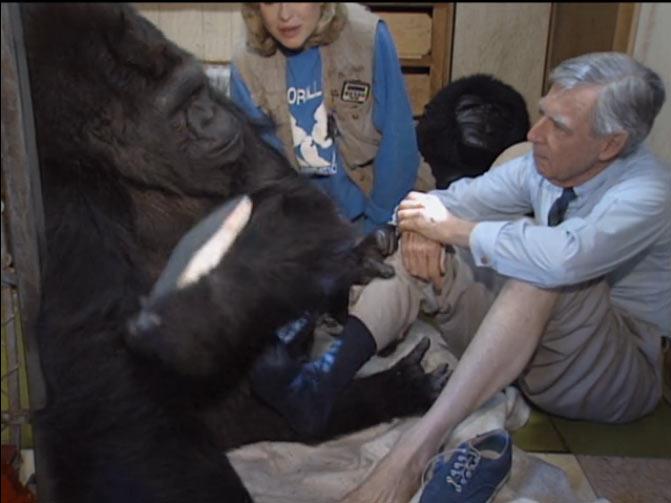 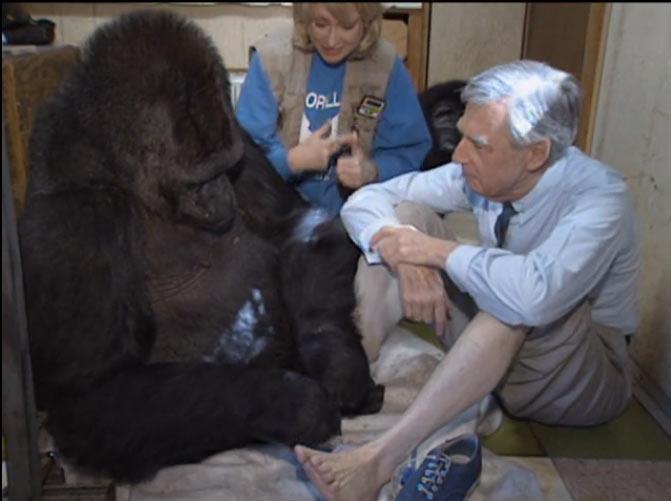 Screenshots from “You and I Together: A Field Trip to Visit Koko the Gorilla” via WeirdHollywood

Mister Rogers refused to do anything that would make his weight change. He didn’t drink, smoke, nor eat flesh of any kind. He went to bed at 9:30pm every night, never slept late in the morning, nor watch television. Every morning when he swam, he stepped on a scale in his bathing suit and his bathing cap and his goggles, and the scale told him that he weighed 143 pounds.

This happened so many times that Mister Rogers came to see that number as a gift, as a destiny fulfilled, because, as he said, “the number 143 means ‘I love you.’ It takes one letter to say ‘I’ and four letters to say ‘love’ and three letters to say ‘you.’ One hundred and forty-three. ‘I love you.’ Isn’t that wonderful?” (Source)

3. His car was stolen – then returned

There have been quite a few stories of Mr. Rogers having his car stolen, but this snippet from the Wall Street Journal (courtesy Snopes) is the earliest and most reliable telling of the story.

“Two weeks ago, his Oldsmobile sedan was stolen while he was babysitting for his grandson. After looking over papers and props he had left in the car, the thieves apparently realized who the owner was. Mr. Rogers found the car parked in front of his house a day or so later. All that was missing was a director’s chair with his name on it.”

4. He was an ordained Presbyterian minister

Back in the days of live TV, Mister Rogers used to run to the studio from seminary. He dressed up in a coat and tie for class, as people did in those days, and some days he didn’t have time to change into his less authoritative outfit before the show started. Originally he changed into more casual clothing because time pressures meant he had to; later, he made it part of his entrance routine because he wanted to.

Changing into more comfortable clothes infused Fred Rogers personality with an aura of gentleness, kindness, and trustworthiness, that he wanted to project to children who might not necessarily have a safe, affirming authority figure in their lives. In 1962, he received a Bachelor of Divinity degree and was ordained as a minister in the United Presbyterian Church. Source: NY Times

5. The sweaters he wore were knitted by his mother

Here’s one, and another. See, each stitch she makes with her hand. Takes a lot of practice and a lot of work. She makes sweaters for many different people, but that’s one of the ways that she has of saying that she loves somebody. She uses needles and yarn and her own hands to knit the sweaters.

When I put on one of these sweaters it helps me to think about my mother. I guess that’s the best thing about things, they remind you of people. It’s such a good feeling.” – Mister Rogers.

Source: The Story Behind Mister Rogers’ Sweaters from The Fred Rogers Company on Vimeo.

6. He made the 100 billionth Crayola crayon

The 100 billionth Crayola Crayon named “blue ribbon”, was created on February 6, 1996 by Mr. Fred Rogers.  The host of “Mister Rogers’ Neighborhood” visited Binney & Smith’s Forks Township plant at 10 a.m. on a Tuesday to pour the wax that made the 100 billionth crayon.

“You can’t say anything bad about Mr. Rogers,” said company spokeswoman Tracey Muldoon Moran. “He was just a perfect fit.” He was chosen because his “contributions to children and positive influence on families is unparallelled,” Moran said. (Source)

7. He was a vegetarian

Mister Rogers was a vegetarian who told people, “I don’t want to eat anything that has a mother.” (Source)

8. His memory lives on in a new cartoon 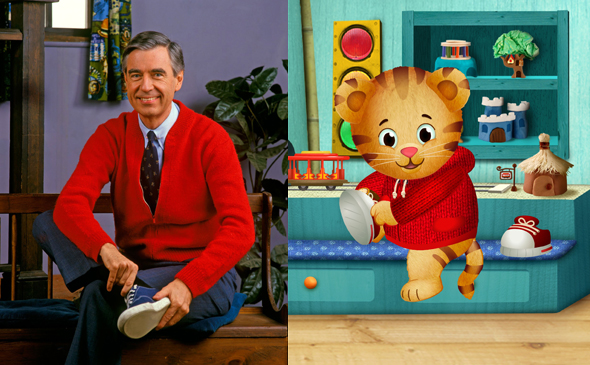 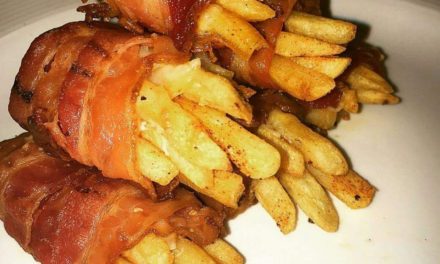 Heart Attack Fries = Well Worth It 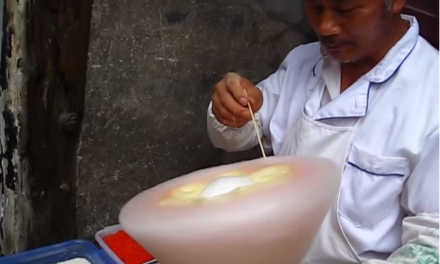